The debut feature film from critically acclaimed writer/director Kevan Funk, Hello Destroyer explores how a young athlete’s promising future quickly begins to unravel after the fallout of a violent incident transforms him from local hero, into pariah.

Based in Vancouver, BC, Domogeneous is a brother-sister creative company with a background in film, design, art direction and social media. Their focus remains in strong storytelling that allows their audiences to engage from conception of the story to audience delivery.  Over a short period of time, Domogeneous has created over a dozen award winning shorts that have played at Tribeca, Fantastic Fest, Fantasia, Austin, Cannes and Toronto Film Festival. Their debut feature, a profane horror-comedy called ‘Bloody Knuckles’, will be released in 2014, spearheading a slate of films by bold, provocative and unorthodox storytellers. 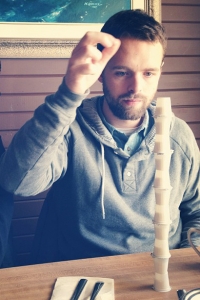 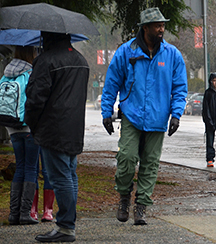 Lead at Tabula Dada, Haydn has worked with Kevan and Ben on 4 films since 2010 as Consulting Producer, Executive Producer, and Producer. In 2014, Telefilm Canada selected Haydn to participate in the prestigious Rotterdam Lab at Cinemart, and he was later selected to participate in the Producer’s Workshop at Cannes ’14. Haydn’s won a Telefilm Producer Mentorship Award (2009), BC Film Producer Mentorship Award (2010), and a Bell Media National Fellowship in 2011. Haydn HATES long walks at sunset and LOVES Jean-Michel Basquiat, his Mum’s breakfasts, and jumping in puddles or the closest ocean with his wife and two beautiful daughters.

Daniel Domachowski started off in the industry merging his passions for art and storytelling as a Designer, and later Creative Director/Producer at the brother-sister creative agency, Domogeneous. Some of his clients included Mattel, Universal Pictures, Zite App, Avigilon, and MetroLyrics. At Domogeneous (and in years prior) he has honed his marketing skills and excelled in advertising, UI/UX design, branding, social media, packaging and art direction.

Daniel is currently in post-production on his debut feature film, a horror comedy called BLOODY KNUCKLES from award winning horror director Matt O’Mahoney. He is also developing a slate of feature films by rising storytellers including HELLO, DESTROYER (director Kevan Funk), PHOTOGENESIS (director Zack Mosley), and the feature length adaptation of CHLOE AND ATTIE (director Scooter Corkle), which prompted the UK’s Little White Lies Magazine to declare “not since The Shining has there been a more disturbing set of twins.” 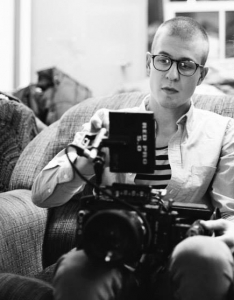 Benjamin Loeb is a duel Canadian/Norwegian citizen currently working as a cinematographer out of Vancouver, BC. He has a diverse background having spent the first three years of his life in Nairobi, Kenya as well as two years in Latvia – before settling down in Oslo, Norway. Benjamin left Norway in 2007 to study film at the Emily Carr University of Art and Design in Vancouver. While in school he shot several short films that went on to win Melbourne, Calgary, Lille and Ghent International Film Festivals – followed up by a long listing for the Academy Awards for the short A FINE YOUNG MAN, and a nomination for Best European Short Film at the European Film Awards for the short ‘Amor’.

He has had films featured at festivals around the world including Toronto, New York, Chicago, Nordisk Panorama, Leeds and Lahore to name a select few. He has become one of the most a sought after Cinematographers in Vancouver, and has expanded his network throughout North America and Europe working with clients/agencies such as Procter & Gable and Saatchi & Saatchi. Benjamin is a member of ‘FNF’ (the Norwegian Cinematographers Society).

This is not a hockey movie. Tyson burr, a reserved 18 year-old major junior hockey star, plays in a rural western Canadian city where team members enjoy a distinct prominence and special status. Eager to impress, Tyson quickly carves out a role for himself on the team as a foot solider, something that has become his niche and makes him popular with local fans. His physicality and relentless determination are the qualities that garner attention and encouragement.

While making an aggressive play during a game, Tyson severely injures another player. While this devastating on-ice moment is shrouded in ambiguity, the fallout is immediate. In that split second, Tyson’s world is abruptly turned upside down. He is suspended from the team and almost instantaneously ostracized by the local fans and his teammates. Tyson struggles with the repercussions of the event, desperate to find a means of reconciliation. He is tormented by guilt and frustrated by the injustice of his vilification. Stuck in a state of purgatory while living in a city that has turned its back on him, he becomes more and more withdrawn.

With the intention of financing the feature film, the 12min short film “Destoryer” was produced to great success.

“It’s rather amazing that in the span of a few minutes, director Kevan Funk manages to capture, mostly wordlessly, the essence of a teenager’s life and then challenges that individual with a decision that could change his life. But Destroyer goes further, also bringing to light the challenge faced by teens when they try to do the right thing. In the case of the student here, he’s essentially forced to keep quiet about the act of violence he witnessed. Touching and infuriating at the same time. Funk was the recent winner of an award at the Calgary film festival for another one of his films, Yellowhead, while Destroyer is currently being looked at for a feature film adaptation.” – Row Three

Request the screening room details for the concept film Destroyer.