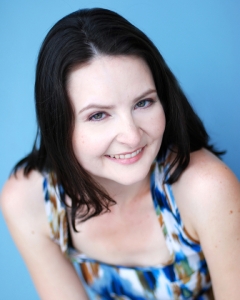 Since the founding of Tabula Dada’s predecessor Tabula Rasa Produxi in 2000, Angela has co-produced with Haydn Wazelle and acted as the Line Producer/UPM on such projects as THE SLAVE, MORN and TDP’s first feature movie, ALONE. In 2007, Angela gave birth to she and Haydn’s daughter, Zara, and most recently welcomed the smiley Selena to the family.

Angela is involved in all areas of the company including Production, Post-Production, Creative Development and Business Affairs. With TDP, she assumed the role of Associate Producer on the short film, LEAF, a Canada/Norway Co-Production (an official selection of VIFF ’12) and the documentary, DADS, a touching film exploring contemporary fatherhood which had it’s world premiere on CBC Father’s Day 2013 . Angela is thrilled to have joined Haydn at the 66th Annual Cannes Film Festival to represent their two Bravo!FACT short films selected to screen at the Court Metrage’s – Short Film Corner – PILGRIMS from writer/director Marie Clements, starring Lorne and Tantoo Cardinal, and THIS BLEEDING HEART from writer/director Keven Funk and cinematographer Benjamin Loeb.

Angela has a Bachelor of Arts from UBC and is a graduate of the Tooba Pysical Theatre School (Vancouver, BC) and Jerzy Grotowski Centre (Wroclaw, Poland). She has graced a number of Vancouver stages and dabbled in the TV/Film acting scene, however, her primary focus lies with TDP. She looks forward to contributing to the company’s continuous development of uncompromising and engaging digital entertainment well in to the future. Unlike Haydn, Angela LOVES long walks at sunsets and agrees jumping in the closest ocean with her husband and two beautiful daughters can’t be beat.