Selene Ivey, a Nephilim- half human/half Angel- unaware of the scale of her abilities, evades a clandestine agency bent on her destruction. She unwittingly becomes the protector of Enlil’s Disc, an ancient device believed to be responsible for The Great Flood, and the restoration of a “Pure Genome” on earth. Hunted by her brother, a Vancouver Police Detective, Selene finds herself right in the middle of three very powerful, warring factions.

Now it came about, when men began to multiply on the face of the land, and daughters were born to them, that God’s Angels saw that the daughters of men were beautiful; and they took wives for themselves, whomever they chose. The Angels came in to the daughters of men, and they bore children to them; the Nephilim were on the earth in those days, and also afterward. Those were the mighty men who were of old; men of renown.” – Genesis 6:1-4 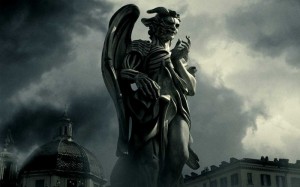 Selene Ivey has been locked away in a psychiatric hospital for the last 13yrs; she was  identified as a psychopath after allegedly murdering her twin sister at 6yrs of age, and then burning down a church four years later. On Dec 22, 2012, Semyaza, an Angel known for mating with human women- resulting in the birth of the destructive Nephilim- releases Selene from her 10×10 padded cell. He doesn’t have wings, and definitely looks worse for wear after a long journey, but his abilities and strength are clearly unlike any man’s.

At 23yrs old, Selene has had no contact with the outside world as an adult, and discovers that even her family is terrified of her. When her mother, Natasha, goes missing the day after Selene’s release, Selene’s older brother, Joshua, is determined to end this cycle for good- and uses his resources as a Vancouver Police Detective to track down his sister. His search leads him to the AIHG, a clandestine agency bent on the destruction of “abnormals”. Led by Clara, the AIHG secures Selene, but their objectives appear to have changed; rather than destroy the naiveNephilim, they choose to let her roam free- to explore her abilities. To add fuel to the fire, the AIHG murders Joshua’s girlfriend, and frame Selene; the duplicity of this organization runs rampant in all of their actions.

Selene is sheltered Henast, a club owner with strong Indo-Canadian gang ties. It turns out that Henast is also a servant to Arnok, a warrior Angel building a giant underground Ziggurat (temple) in ancient Sumeria (Iraq). The “Ziggurat of Arnok” is designed to ease the trials of travelling to Earth; the current journey requires the Angels to hurtle through space as comets- and in episode 13 several of these comets hit Earth hard. Azazel watches on, with an unwitting Natasha, Selene’s missing mother, at his side; Azazel, is Selene’s father.

So called Angels are preparing for war on Earth- and having a Nephilim on your side turns out to be a very popular endeavour, putting Selene right in the middle of three very powerful, warring factions. The citizens of earth are unaware of the epic battle that is about to be waged.