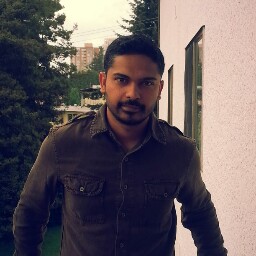 Anand was 25 when he moved to Canada from India in pursuit of his dreams to make films. It took another five years, but he directed two short films (MAYA GETTING BORN, THE RICHEST PLACE) and produced three more in 2010. His first short THE RICHEST PLACE is an award-winning short documentary on the life of Vancouver jazz artist Dalannah Gail Bowen, currently being developed as a feature film at Tabula Dada. His other short MAYA GETTING BORN, a drama, had its international premiere at the Indian International Film Festival, Tampa Bay, and won Best Student Film the Vancouver South Asian Film Festival. Anand worked as an Associate Producer at Screen Siren Pictures on independent features like DAYDREAM NATION starring Josh Lucas & Kat Dennings, YEAR OF THE CARNIVORE written & directed by Sook-Yin Lee, and FOREVERLAND starring Max Thieriot and Juliette Lewis.

Anand has now joined forces with Haydn Wazelle and has since produced a Bravo!FACT Short film, PILGRIMS with Lorne Cardinal & Tantoo Cardinal which screened at Cannes 2013 Court Metrage as a part of Telefilms Not Short on Talent and had its World Premiere at TIFF ’13, as well as In The Deep for Crazy8s, with award-winning Director Nimisha Mukerji, recently licensed to the CBC, and set to have its World Premiere at Whistler ’13.