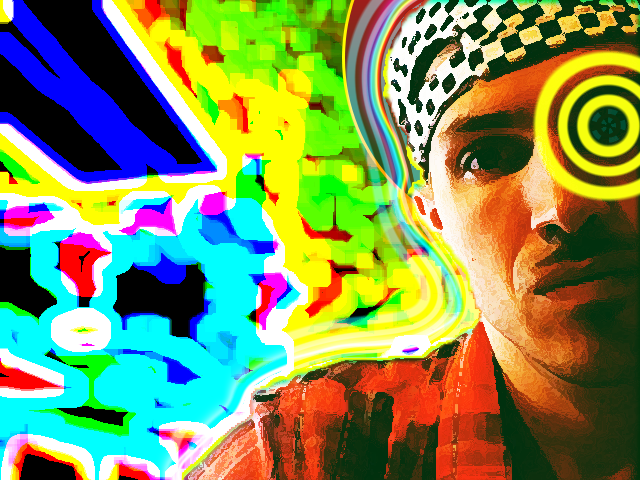 The onetime apprentice of abstract expressionist Dan Christensen, Darwin Frost grew up in New York City at the time Hip Hop music usurped mainstream music as the dominant sound in worldwide urban centers. Drawing on a wide palette of influences ranging from Toru Takemitsu to John Zorn, he was active in the arts as a composer for a multitude of award winning films that have been featured at events such as the Sundance Film Festival. His evolution as a musician has led him to release a string of albums since his debut album “Bananas” came out late in 2010 under the flag of his band Impossible Nothing. Darwin has collaborated on projects with artists from around the world. Specifically during his time in Vancouver he has collaborated with Bracken Hanuse Corlett, Brian Gotro, Haydn Wazelle, Peter Morin, Leela Gilday, Kevin Burton, Nicole Mion, Jackson Crick, Helen Haig-Brown, Beth Aileen Lameman, Myron Lameman, Cease Wyss, Skeena Reece, Melina Laboucan-Massimo, Terry Haines, Archer Pechawis, Rebecca Belmore, Daina Warren, Diane Gromala and Floyd Favel among many others. Darwin is the co-creator of Babies for Babies and the Associate Producer on alone. He has worked in media and film since he was 17 years old and was an electronic music composer since he was 13.